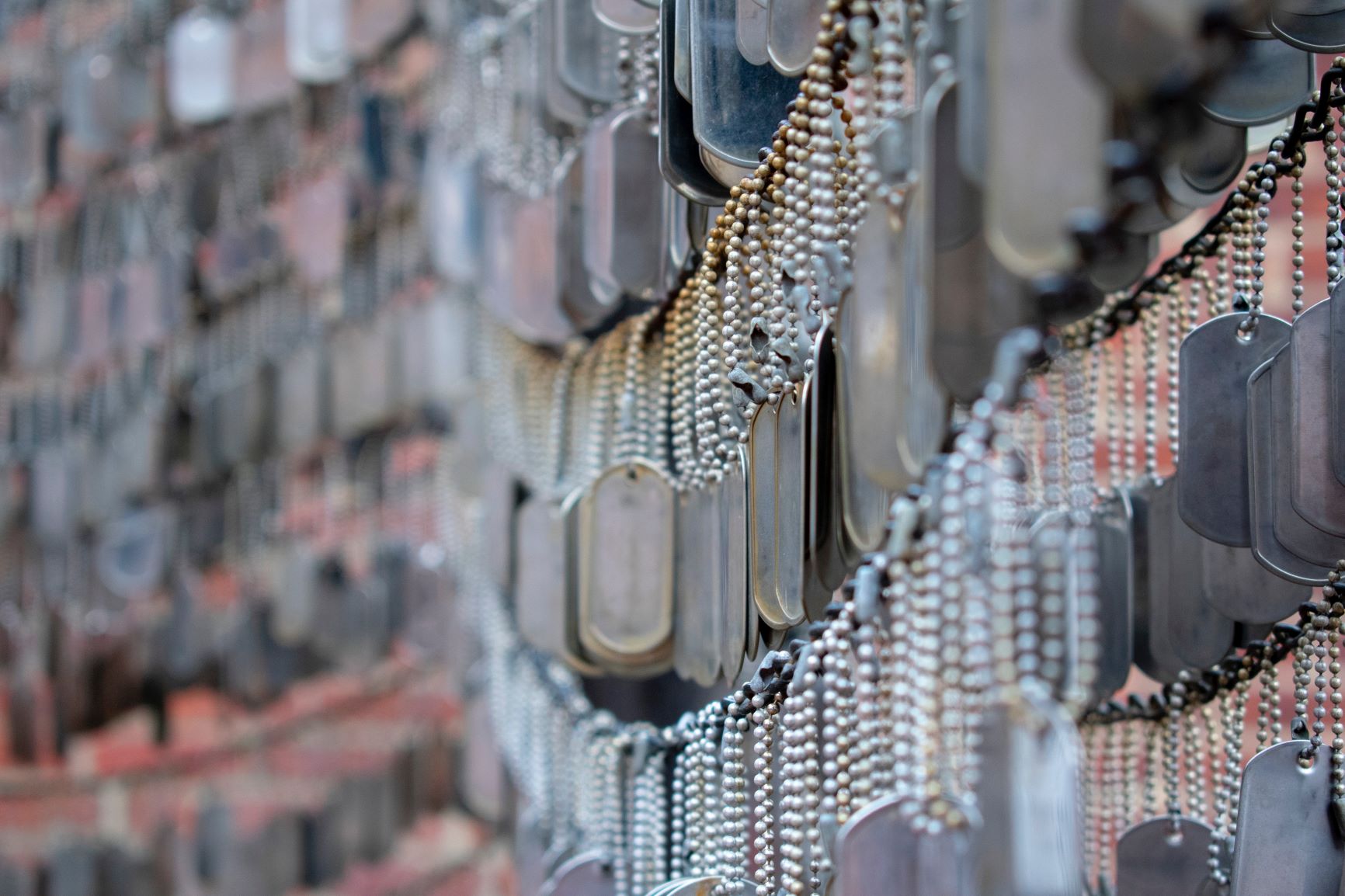 What was National Service?  In a sense, that’s easy; the answer is in the question.  It means what it says – ‘Serving your nation’, serving your country. Is that it?  If so, what was all the fuss about?  Surely we all serve our nation, simply by being alive and going out to work and earning our living and contributing, each in his humble way, to the Gross National Product.  So the history of national service has been going on since the feudal system and the Battle of Agincourt.

Yes, that’s true, but when we try to answer the question ‘What was National Service?’  (with capital letters), we mean a little bit more.

We mean serving your country in uniform.

You mean like a scoutmaster, with his shorts and his pointy hat?

No, not quite like that.  We mean in the Armed Forces.

You mean volunteering for the Army, Navy, and Air Force?  Is that what National Service was?

No – we don’t mean exactly that either.  Up to the beginning of the twentieth century, young men did indeed volunteer to serve, very often because they thought that life in the Armed Forces would be better than the rotten life they had at home – poverty, violence, boredom, unemployment, disease, whatever.  True, there was the press gang, which kidnapped careless young men caught loafing about in coastal towns, but  modern research is showing that not as many men were scooped up that way as we had been led to believe by Hollywood films.

No, the needs of the Army and the Navy were generally met by eager (or gullible) (or patriotic) volunteers and crafty recruiting sergeants.

Regulars were not enough

Lord Kitchener’s famous poster with the pointing finger underneath the great drooping moustache (‘Your Country Needs You’) called countless thousands to the colours,  Probably far more than the Government had foreseen.  It touched a chord in the national  psyche that nobody had known was there. ‘National Service’ really did mean something to those young men.  They did  not sit around in the public bar with their pints and their  Woodbines and discuss the idea of ‘What was National Service?’ like some kind of local debating society.  They already knew and they reacted, at once.  They volunteered as instinctively as they would have stooped to raise a mother who had fallen down.   (It happened in other countries too; they queued up everywhere.)

Volunteering for National Service was not enough either

The stalemate of the trenches – 450 miles of them from the Swiss border to the English Channel – was eating up so many lives that the Government knew it could not continue to man them simply with volunteers.  It could no longer hope to win the war by asking young men nicely; it would have to tell them.  In other words, conscription.

Once the war was over, of  course, most of  these young men (those who had survived) were no longer needed  (no more trenches), so they were packed off home – to the land which the Government boasted was going to be ‘fit for heroes’.

Twenty years later, we were involved in another war, which threatened to be even  more world-wide than the first one.  This time conscription came along somewhat faster.  Well, the Government were getting used to the idea, and they had the experience of the  first war to guide them.  They produced the National Service Act of 1939.  Even  more  millions were scooped up into uniform.  A lot of women too.

Ah – so that was the history of ‘National Service’ we are talking about.

I’m sorry, but  no; once again it wasn’t quite like that.

An answer to the question?

We are talking about what happened after the war, after 1945.

Why?  The war was over.  The great German bogey-man was gone.

I’m afraid it was not that simple.  Believe it or not, our political masters (in the West, that is), were afraid of a new bogey-man – Soviet Russia.  Russian troops had ‘liberated’ most of Eastern Europe from the German occupation, and, having liberated it, proceeded to submit it to the Communist dictatorship of Joseph Stalin in the Kremlin.  Countries like Poland, Latvia, Estonia, Lithuania, Rumania, Bulgaria, Hungary, Albania all became self-proclaimed (or rather Russia-proclaimed) ‘people’s democratic republics’.  Satellite states.

Worse, the Communist bloc, as it was now labelled, showed every sign of being willing to take every available opportunity, even create every available opportunity, to make life difficult for the rest of Europe, enough to scare governments, including that of the United States, into a permanent fear (even paranoia) that they (the Russians) wanted to take over everything.  Dear God, were we going to have another war?

If that war, God forbid, were to come, it would be unimaginably worse than the one which had just finished, because not only America, but Russia, had mastered the technology of nuclear weapons.  Don’t forget, the world had only just heard of atom bombs. Worse, they had just seen one going off – or rather two – in Hiroshima and Nagasaki.  The sight was horrific.  The prospect was awful.

It is difficult to convey the extent of the ‘edginess’ of life in the late 1940’s and 1950’s, when the threat of Communist invasion was in every Western politician’s mind, to a modern generation which was not even born when the Communist threat had collapsed by the early 1990’s.  It has almost reached the stage whereat curious teenagers may type into their laptops ‘What was the Soviet Union?’  Perhaps it has.

What has this got to do with the history of National Service?

You had to be there to know, to understand

If National Service were to be introduced now, it is likely that the modern generation wouldn’t wear it; they would think it preposterous.  They don’t know what it was like just after 1945. We had just had six years of war.  Not now and then; not on alternate weekends; not the occasional crisis.  We had lived it, eaten it, drunk it, slept it.  It was just there – with people dying – all the time.  For six years.  It was difficult to believe that it really was all over.  Of course we were worried that it could so easily come back again.  When you are recovering from a life-threatening fever, your greatest fear is of a relapse.

God knows, the world is hardly a safe haven now – what with terrorists and tsunamis and global warming, breeds dying out and forests disappearing.   But that is not what I am talking about.

I am talking about a broke British government, just after the greatest war in the history of modern man, trying to do its job – to make the country safe.

After the War, the world became divided into two armed camps – the USA in the West and the Soviet Union in the East.  China had not even had its Communist revolution.  The whole of the Indian subcontinent was still ruled by Britain.  Africa was nearly all colonies, apart from the Union of South Africa in the south and Egypt in the north.  The European Community was barely a gleam in statesmen’s eyes.  Europe was split by what Winston  Churchill called ‘The Iron Curtain’:  on one side were the democracies of Western  Europe; on the other were the ‘people’s democratic republics’, ruled by  bureaucratic dictatorships, which in turn were dominated by the even fiercer dictator, Joseph Stalin, in Moscow.

So the North Atlantic Treaty Organisation was set up to guard against Communist invasion.  The USA provided the major part of this, in cost and manpower, but Britain contributed.  It had to; in the late 1940’s people still thought of ‘Great Britain’  as one of ‘the Great Powers’.   Dammit, we had just won the War.

What was the history of  National Service to do with winning the peace?

There was still an Empire to guard and sustain.  There were civil wars in places like Palestine and Greece that had to be dealt with – at the very least monitored to prevent them spreading.  Within ten years of the end of hostilities in 1945, there were, or there had been, terrorist campaigns, or local wars, in Yugoslavia, Cyprus, Malaya, and Kenya, and hideous religious massacres in India and (the new) Pakistan.  Germany was split into two.  Berlin was split into four.  There was a mini-war around the Suez Canal  – to say nothing of a full-scale ‘proper’ war in Korea.

All this unrest demanded the attention of the Armed Forces, and England had to do its share.   The trouble was that the Government had promised all those millions of young men and women it had called up in 1939 (and after) that they would not have to continue serving once the War (the main war) was over and won.

Running out of soldiers yet again

So where were these fresh soldiers, sailors, and airmen to come from?  From conscription, that’s where.  A whole fresh chapter of conscription.  What had been begun in order to fight a world war in 1939 was to be continued (or, if you like, re-introduced) in order to prevent another one – or, if it came to it, to win another one.

A new National Service Act was passed by Parliament in 1948, which forced young men between 17 and 26 to do two years in uniform. There were temporary variations from time to time – in duration and age limits – but the general average was two years.   And this lasted for 15 years; the very last National Serviceman was demobbed in 1963.  No women were involved, please note. Not this time.

What was National Service?  At last – an answer to the question

It was after the War.  Two years in the Armed Forces, for every able-bodied young man over 17, in either the Army, the Navy, or the Royal Air Force.  That was what everybody understood by the phrase.  That was what hung over the head of every male school-leaver for nearly fifteen years.

That was what people meant when they talked about National Service.

So now you know.

Read more on the 1950s, this time in the classroom…

Colin Shindler,  National Service, Sphere, 2012. Acclaimed by the  Sunday Times as a best-seller.

Tom Hickman,  The Call-up, Headline, 2004. The Glasgow Herald called it  ‘the most  comprehensive account of national service  yet to be published’.

Lots more to explore at the National Army Museum website, with some very informative content on the history of National Service in the UK.